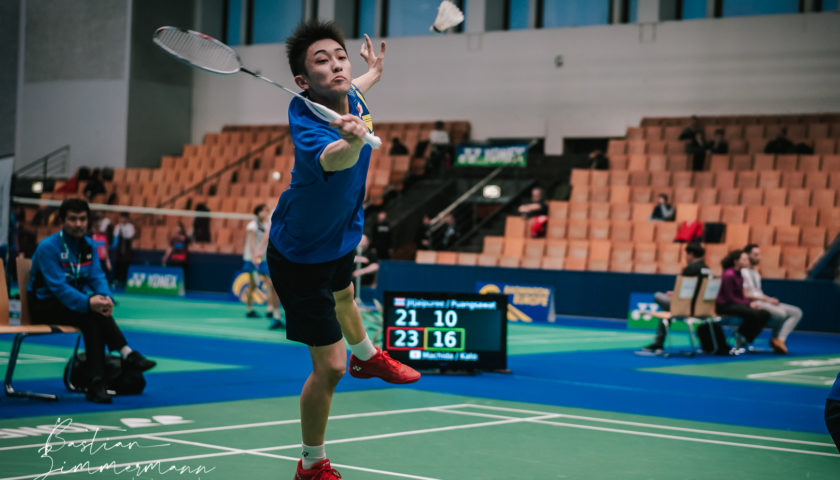 The longest day at Sportforum Berlin was a festival of badminton sports! This is the short but apt conclusion of this third tournament day of the YONEX German Junior 2020. 121 games full of fight and passion, thousands of rallies full of feeling and energy. This third day showed once more what the sport of badminton has in store for players and spectators.

As announced, today we slowly but surely entered the hot phase of the tournament. The quarter-finalists of the singles and doubles competitions and the eighth-finalists in mixed were determined. And now there were the first surprises: the number 1 in the men’s singles and the men’s doubles, which were seeded to 2, lost already in round 3. Surprising but very pleasing from a German point of view is the progress of two mixed pairs who want to make it into the last eight tomorrow.

And there was another insight on this third day, the ladies from Asia are simply better! In the singles as well as in the doubles there are no European players in the tournament anymore. In the men’s singles it looks a bit more balanced.

In any case, we can be curious how things will continue tomorrow, because one thing is for sure, the fastest setback sport in the world is showing its very best side these days in Berlin.